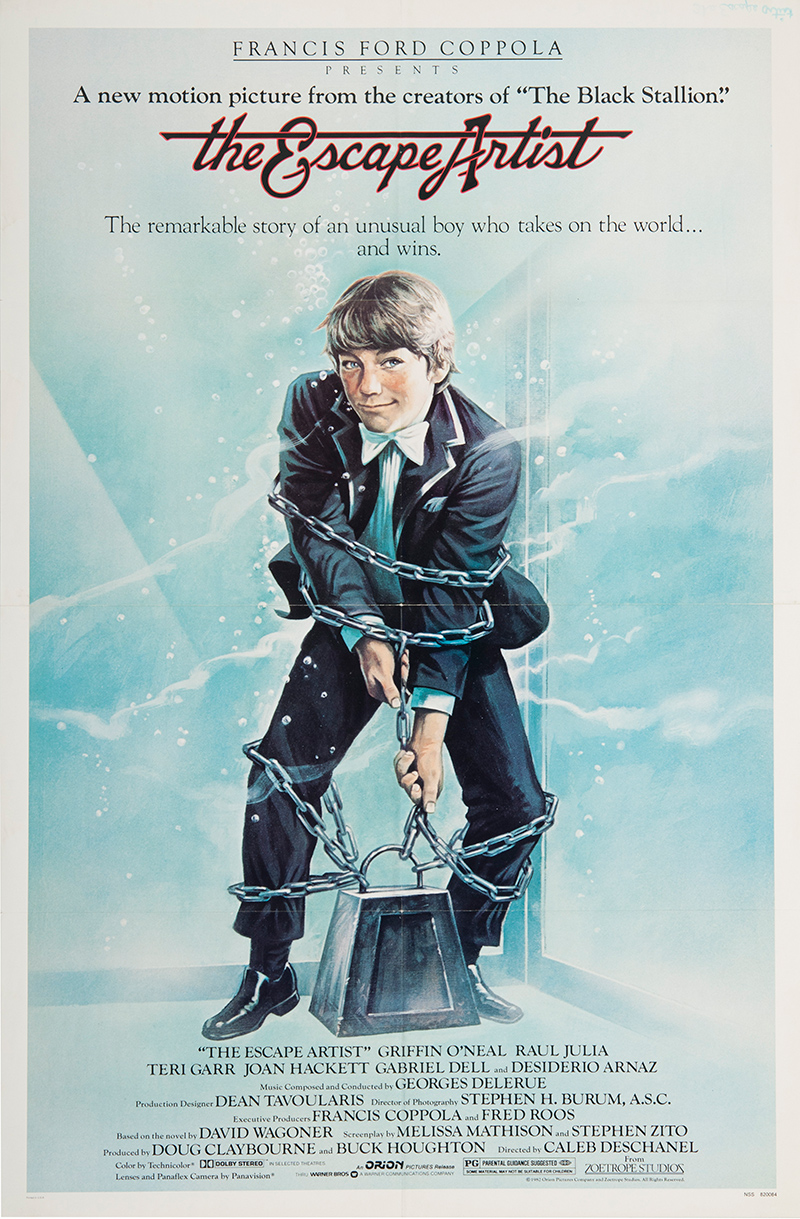 The Escape Artist (1982) Movie, Teenager Danny Masters, the son of the late Harry Masters, considered the second best escape artist in history, wants to follow in his father's footsteps, he already a skilled but untested magician. As far as Danny knows, his father died in a dangerous escape routine. Escaping from under his grandmother's roof, Danny, in a step to achieve his goal as they have all his father's old professional paraphernalia, reunites with his Aunt Sibyl and Uncle Burke in the town of Harding where they have a mind-reading act, she who actually can read minds but which only impinges on the smoke and mirrors they've developed with the act itself. In his wanderings around Harding, Danny gets involved with corrupt Stu Quiñones, and indirectly with Stu's equally corrupt father, the town's mayor, Leon Quiñones. This father/son pair no longer associate with each other as although Stu aspires to be as corrupt as his father, Stu's activities are a little too brazen and public for a politician with which to deal. In those dealings, Danny devises what is largely seen as a publicity stunt in reality to get the one up on the Quiñoneses, but in which he will have to show his true mettle as a great escape artist. In the process, Danny may also provide some justice for his father, the true nature of his death which Danny learns along the way. Written by Huggo