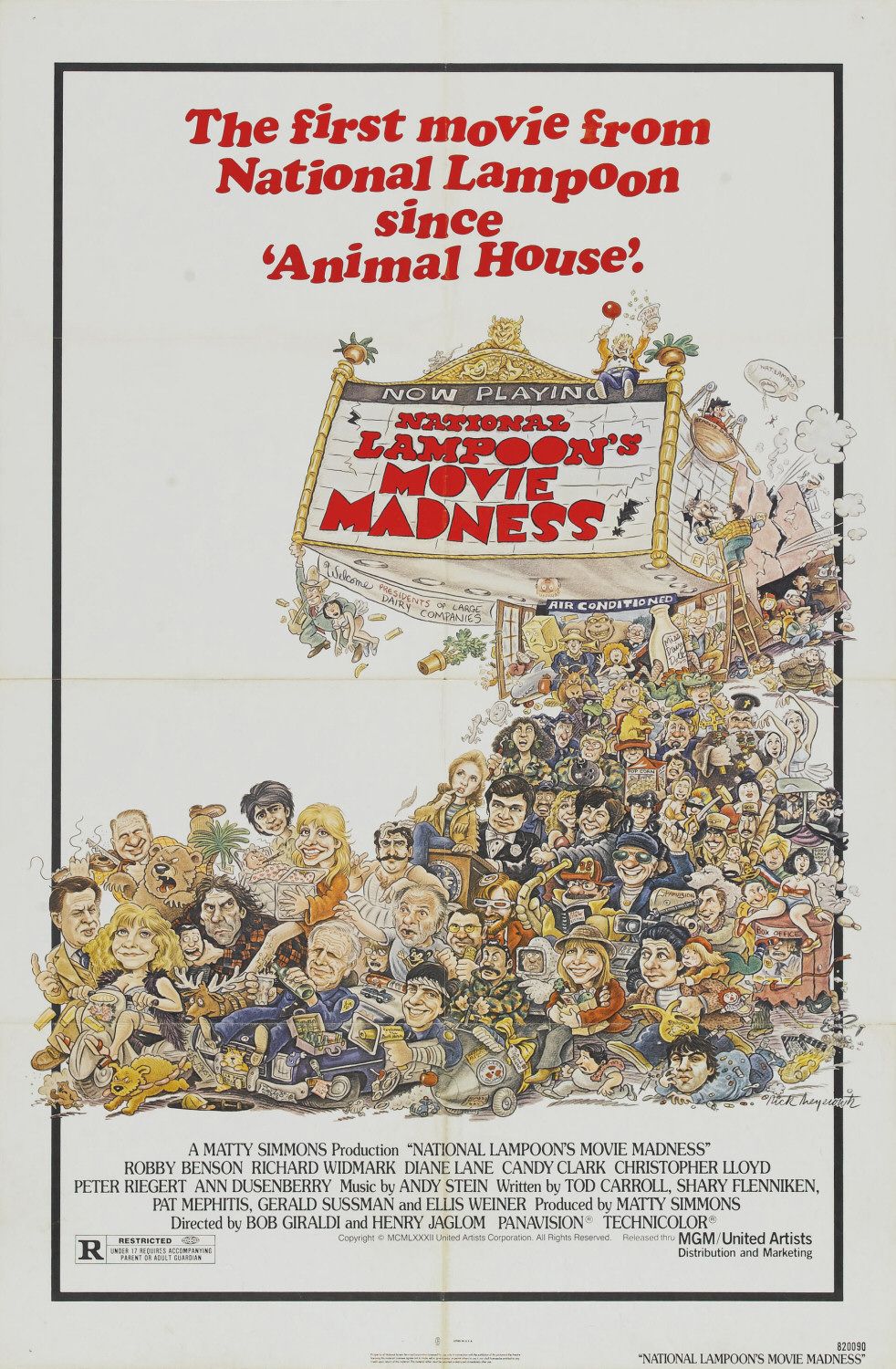 Movie Madness (1982) Movie, A National Lampoon anthology of three shorts spoofing everything from personal growth films, glossy soap operas, and police stories. In the first story "Growing Yourself", stars Peter Riegert as a confused family man who throws his wife out of the house in order for him to "grow" a new path in life and raise his four children on his own. In "Success Wanters", Ann Dusenberry stars as Dominique Corsaire, a young college graduate determined to succeed in life in which in a few days time lands a job as a stripper, then the mistress to a margarine company, inherits it when the owner croaks, and is then romanced by a Greek shipping tycoon, and ultimately the US president. In "Municipalians", Robby Benson stars alongside Richard Widmark as a naive rookie Los Angeles policeman paired with a cynical veteran of the force to catch an inept serial killer (Christopher Lloyd). Written by Anonymous