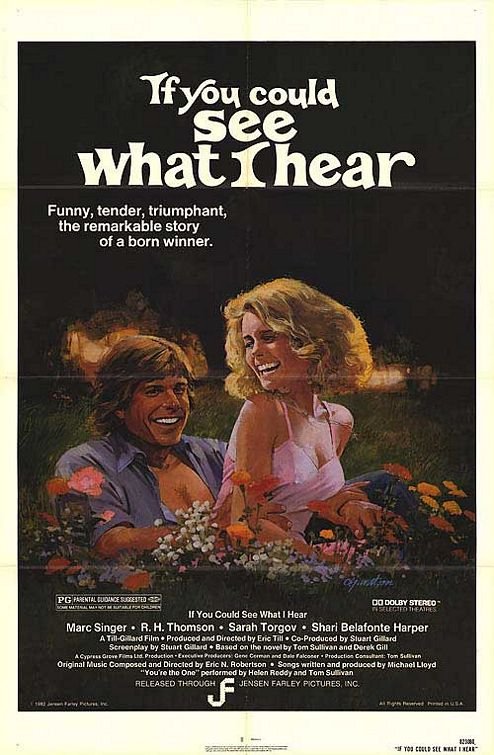 If You Could See What I Hear (1982) Movie, Tom Sullivan is in many ways a typical student attending a Boston area college, he, showing his immaturity, partaking in, often leading, mainly harmless student hijinks with his pipe smoking friend, Will Sly. He funnels many of his energies into his music as a singer/pianist. Tom also happens to be blind, which he's been since a newborn due to being provided too much oxygen while in an incubator. Tom is independently minded, and wants to be treated just like any sighted person. Like most men his age, he is also in the pursuit of the opposite sex, in the process of which he finds that he falls in love easily. Through all these activities, Tom is affected by real life including the temporariness of college life, some not being able to get over their own prejudices of being sighted in their dealings with him, and coming to the realization that there are some things more difficult to do in life when one is blind. Written by Huggo